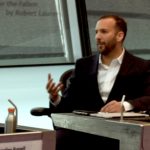 The Mayor says we only have a small window of opportunity to get this right – and that’s right. This is a good interim step but there’s no time to waste as we need road user charging to clean up London’s air.

Greens on the Assembly have been calling for smart road user charging for at least a decade – so I’m disappointed the Mayor claims we are ‘many years’ away from this scheme.

Londoners will now have another flat, less fair system implemented instead. The Mayor must consider the unfair impact these changes could have on Londoners – they will be charged one fee whether they’re dropping someone off for a doctors’ appointment or driving around all day.

Smart, fair, privacy-friendly road charging should be brought in without delay – not kicked into the long grass yet again waiting for a Mayor brave enough for this proper, fairer, solution to our chronic congestion, air pollution crisis, and climate emergency.