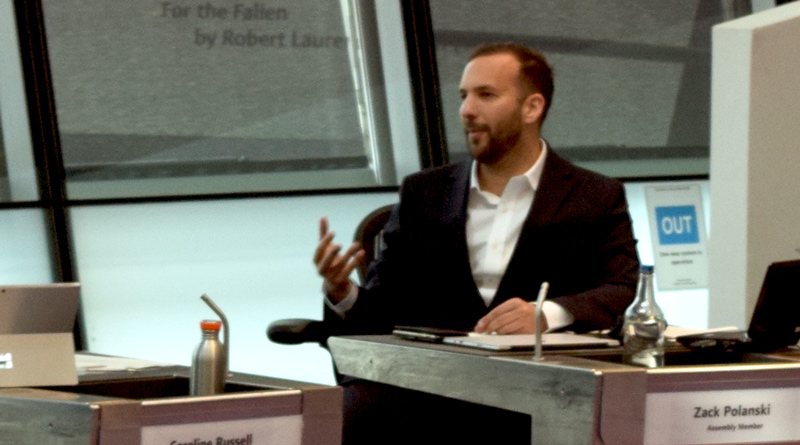 Wow. To say the last few weeks has been a whirlwind would be an underestimation of our planet’s natural phenomenon!

Whether it was the amazing work of members hitting the ground running after our very strange election delay, the tireless work of our staff team or the odd sensation of walking into the chamber for the first time as our newly elected Green London Assembly Member, there’s certainly been a lot going on.

I want to start in that order though, and talk about the volunteer teams all across London. I travelled a lot around London over the last few weeks (partly as a result of lost time during the height of the pandemic). And no matter what borough I visited, I was always met with Green Party volunteers ready to get stuck in and make a difference. It was really striking that some of these were brand new members who wanted to be involved in their first election, while others had been doing this for decades – but this time it really felt like something was shifting.

And this played out in the results that saw Green gains literally everywhere in London. Particularly noticeable in Lambeth and Southwark and the North East, where we achieved second place finishes in Assembly constituencies. London is now a red and green city and it’s down to the determination and resilience of our volunteers.

It has been amazing to see the incredible amount of effort made by members on people’s doorsteps: the sheer number of hours spent dropping off over a million leaflets that sent the step-counters skyrocketing! I had friends who came out leafleting who couldn’t quite believe in 2021 that this is the way political parties communicate – but we know that people really appreciate hearing from us and that local volunteers getting in touch really does win votes and helps get new, freshly elected voices to represent us. Of course, this was in conjunction with our biggest ever social media campaign – which, just with organic views alone from the help of our members and supporters – helped our videos and tweets reach millions of people.

The last few weeks have involved a lot more meetings in person – I don’t think I’ll ever forget the sheer number of hours spent on Zoom, particularly with our staff team. We have met every Monday afternoon for an hour for the past two years to run the best campaign we can. And what has remained constant both through Andi Mohr’s campaign management in the first half and Benali Hamdache’s in the second has been a huge amount of positivity and enthusiasm in helping to gain more Green representation with a genuinely people-powered movement.

And the policies we were able to talk about with Londoners was truly inspiring – whether that was Sian Berry’s focus on housing and gaining stronger rights for renters, Caroline Russell’s work on walking, cycling and improved public transport or working alongside community groups, and campaigners to stop the toxic new Silvertown Road Tunnel.

I want to say a huge thank you to the entire staff team that worked so hard during this campaign and to all the volunteers who amplified that work that delivered our record-breaking results.

I’m excited for how we intend to work as Green Assembly Members – which is very much in the same way that Sian Berry and Caroline Russell have demonstrated during their first term: by being collaborative, evidence-based and being the people in the room willing to ask the difficult questions. London can be one of the most amazing cities in the world but, for too many people, mass social injustice is wrapped up in a disregard for our planet, and we will look to challenge and make a difference in every aspect of this.

I have a background working in London’s gig economy (as an actor, you very quickly have to get used to waiting tables, serving drinks and picking up temp jobs!) and I’m very keen to ensure that London’s recovery from the pandemic is one that places our planet and worker’s rights at the heart of it.

Over the next three years, our manifesto – developed collaboratively by listening to Londoners and the groups representing the most important issues our city faces – will be a working document. With its policies, plans and values, we will push the Mayor to bring in pilots of a basic income and work harder to strengthen rights for both renters and social tenants. And, as the new chair of the Environment Committee, I intend to make sure that tackling our climate emergency remains well and truly front and centre of the Mayor’s agenda.

And with my new desk at City Hall, I intend to continue campaigning alongside community and resident groups to keep achieving change right across our capital.

I want to close by making a promise to Londoners from the outset: I will never forget who put me in City Hall. Renters, workers, commuters, artists, small business owners, disabled people, older people, young people, LGBTQIA people, people of colour, everyone who came together and believed in the Green Party’s positive vision for London. I promise that the voice of every Londoner will be heard in City Hall, especially if you feel like you’re not being heard right now.

This article was originally published by Green World. 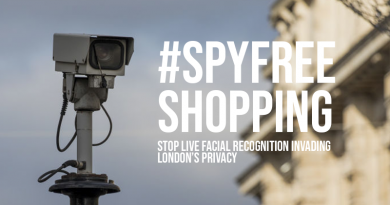 Is your local supermarket spying on you?